Everyday during session, between the many Committee Meetings, Floor Votes, and Legislative Receptions, I welcomed many important visitors to my office in Richmond! We met with constituents, advocates from all corners of the Commonwealth, as well as friends and family. Here are just a few of the important visitors to our office that stood out! 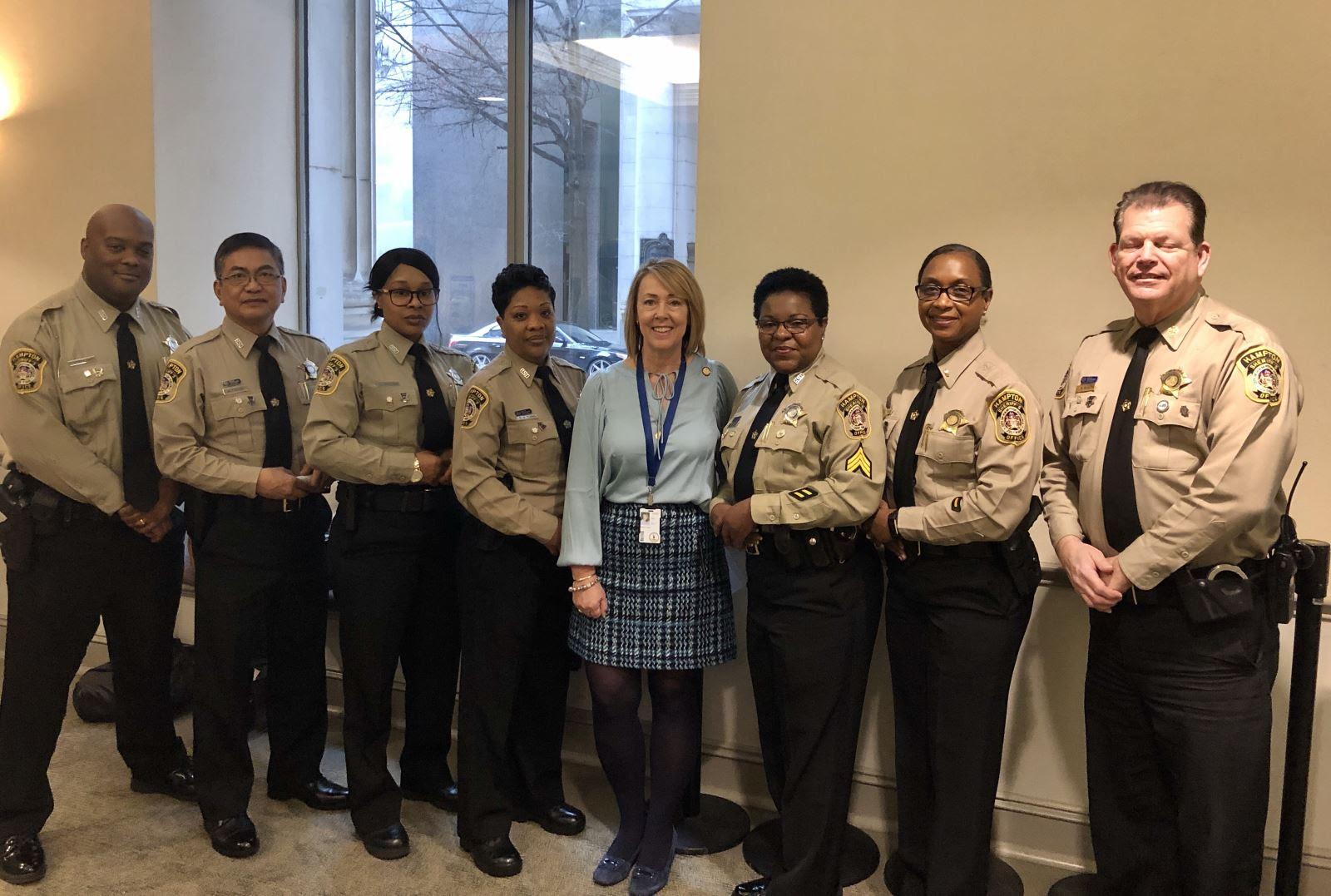 I was thrilled to meet with Hampton’s members of the Virginia Sheriff Association. It was a pleasure meeting with old friends from the Hampton Sheriff’s office and meeting the newer deputies. I have the utmost respect for the work they do in keeping our community safe and I am committed to supporting all Virginian Sheriffs during my time in Richmond. 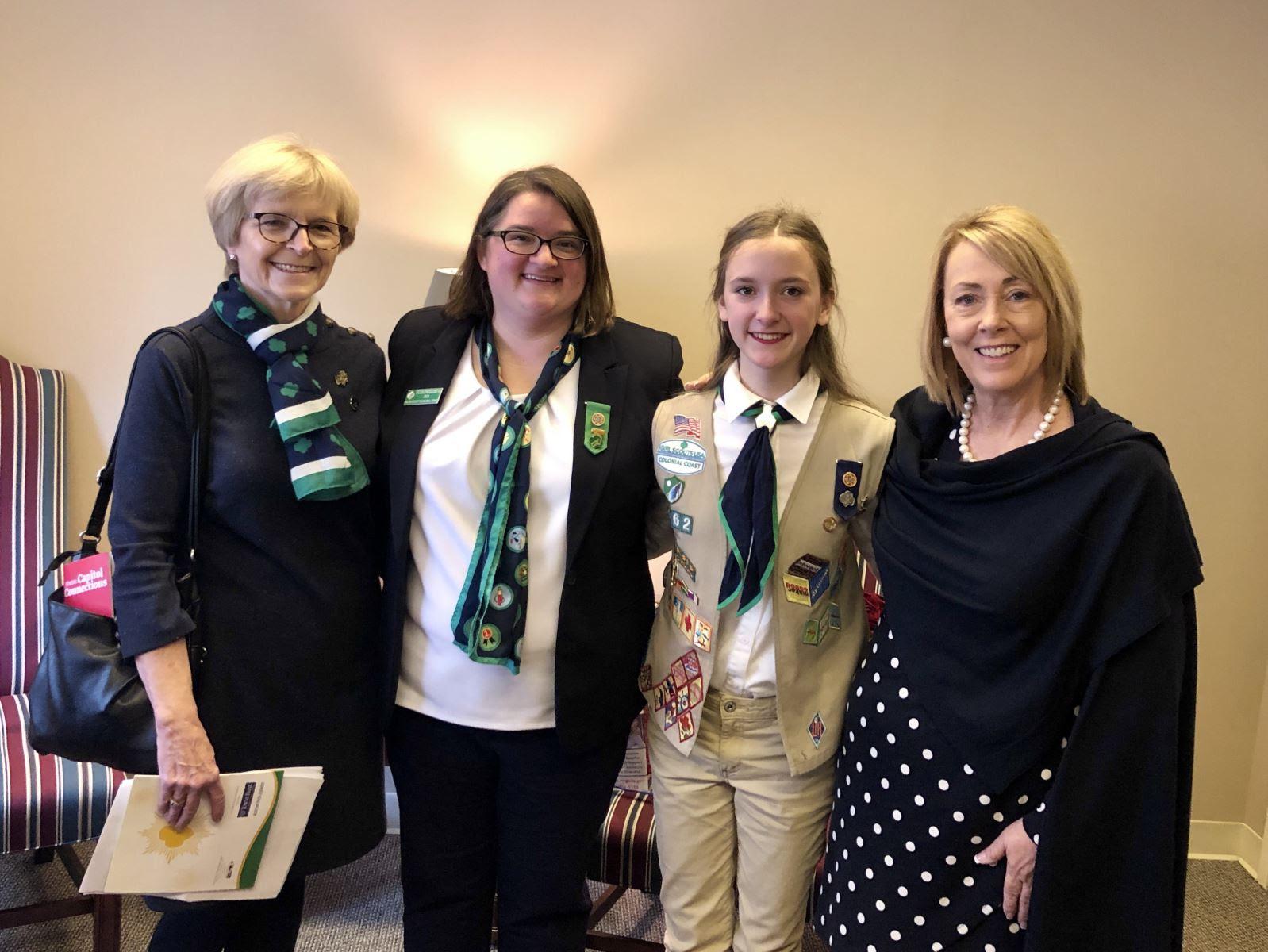 As both a former girl scout and a troop leader during my daughter’s time as a girl scout, I’m proud to see these young women continue the Girl Scout legacy of strength and community leadership. 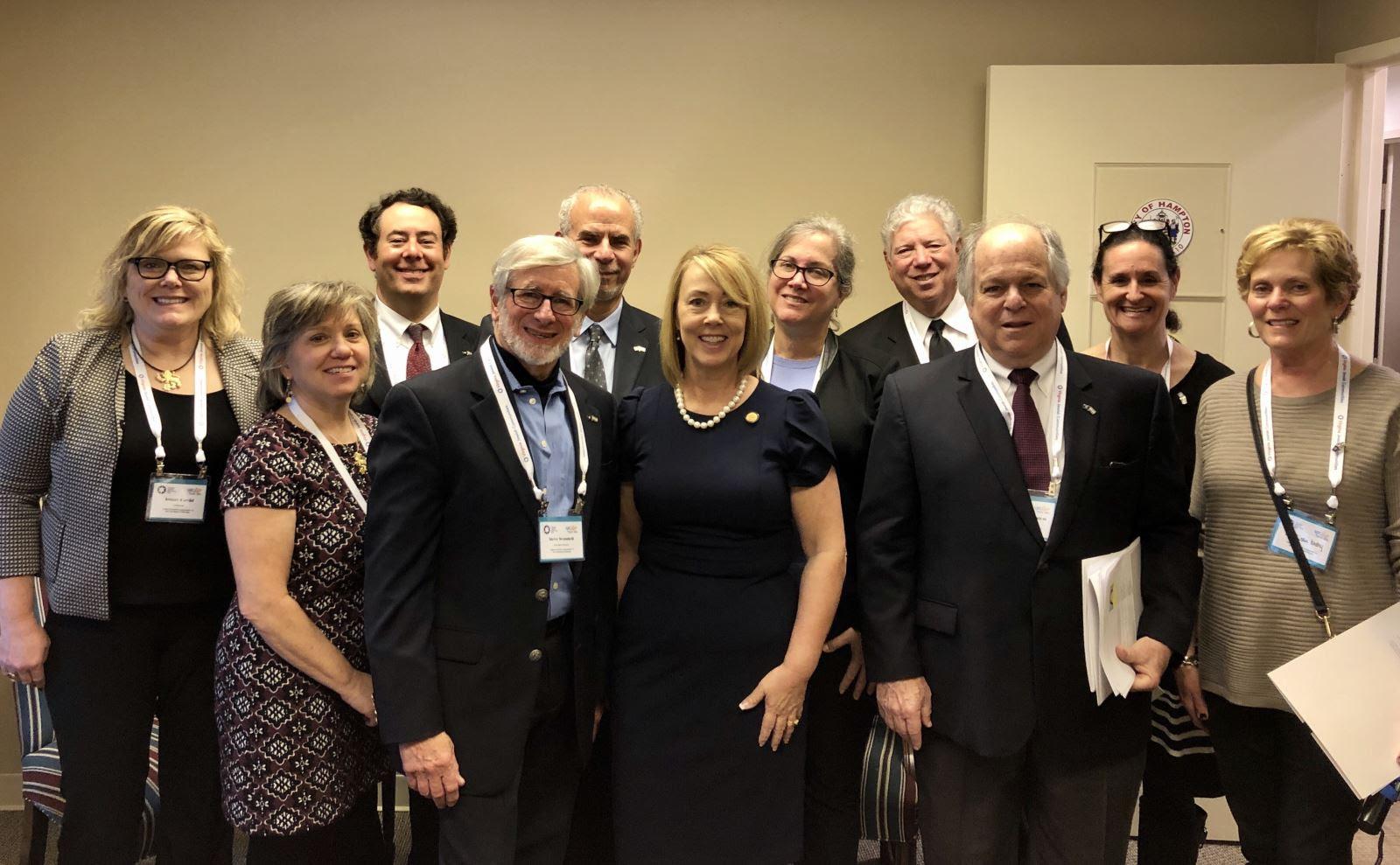 I had the privilege of meeting with the United Jewish Community of the Richmond Peninsula. We had a wonderful conversation about the Virginia Israel Advisory Board which helps Israeli companies build and grow their U.S. operations in Virginia. 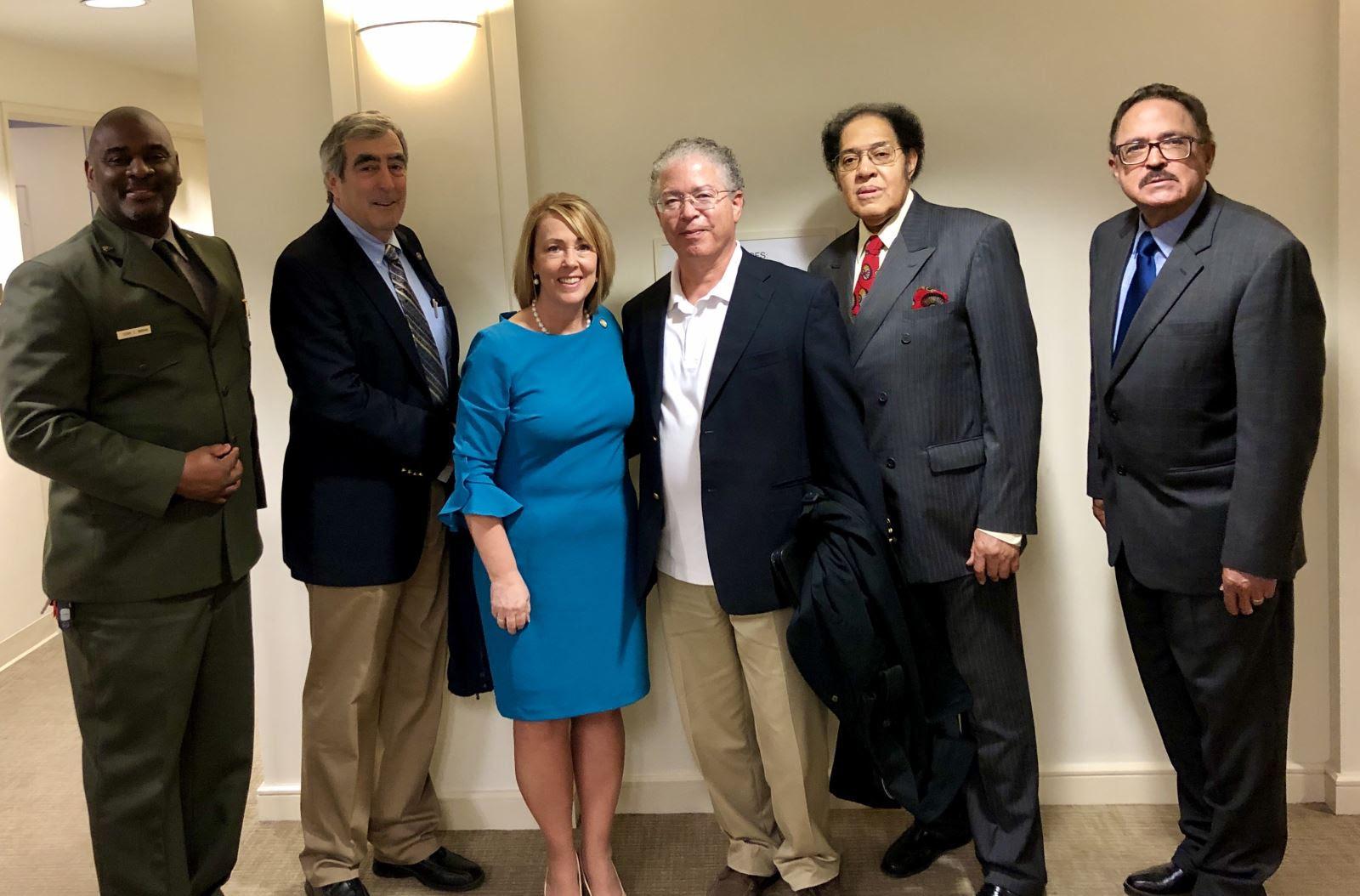 As we entered the final week of Black History Month, I had the privilege of introducing Brian Owens, the sculptor of the African Landing Memorial Project at Point Comfort, on the House floor.

Brian was selected in the spring of 2019 by the Fort Monroe Authority, the National Park Service, and the Fort Monroe Foundation as the sculptor to design the first ever African Landing Memorial at Point Comfort.

Officials from the Fort Monroe Authority and their partners have been working to get community feedback about the proposed memorial. They stopped in Washington D.C. and Alexandria, before joining us here in Richmond to gather insights from the community; college students, art groups, history lovers, civic groups, and others; and hosted similar meetings in Williamsburg, Hampton, and Norfolk.

The resulting design is intended to capture the tenor of those community conversations, by honoring the lives of the “twenty and odd” Africans who landed on the shores of Virginia at Point Comfort in August of 1619.

The African Landing Memorial Project began with a grassroots effort many years ago led by Calvin Pearson and Dr. Bill Wiggins through their organization, Project 1619. These men should be especially recognized for their persistence, commitment, and dedication to this project.

Joining Brian were Mr. Pearson and Dr. Wiggins from Project 1619, and former Delegate Glenn Oder, the Executive Director of the Fort Monroe Authority. 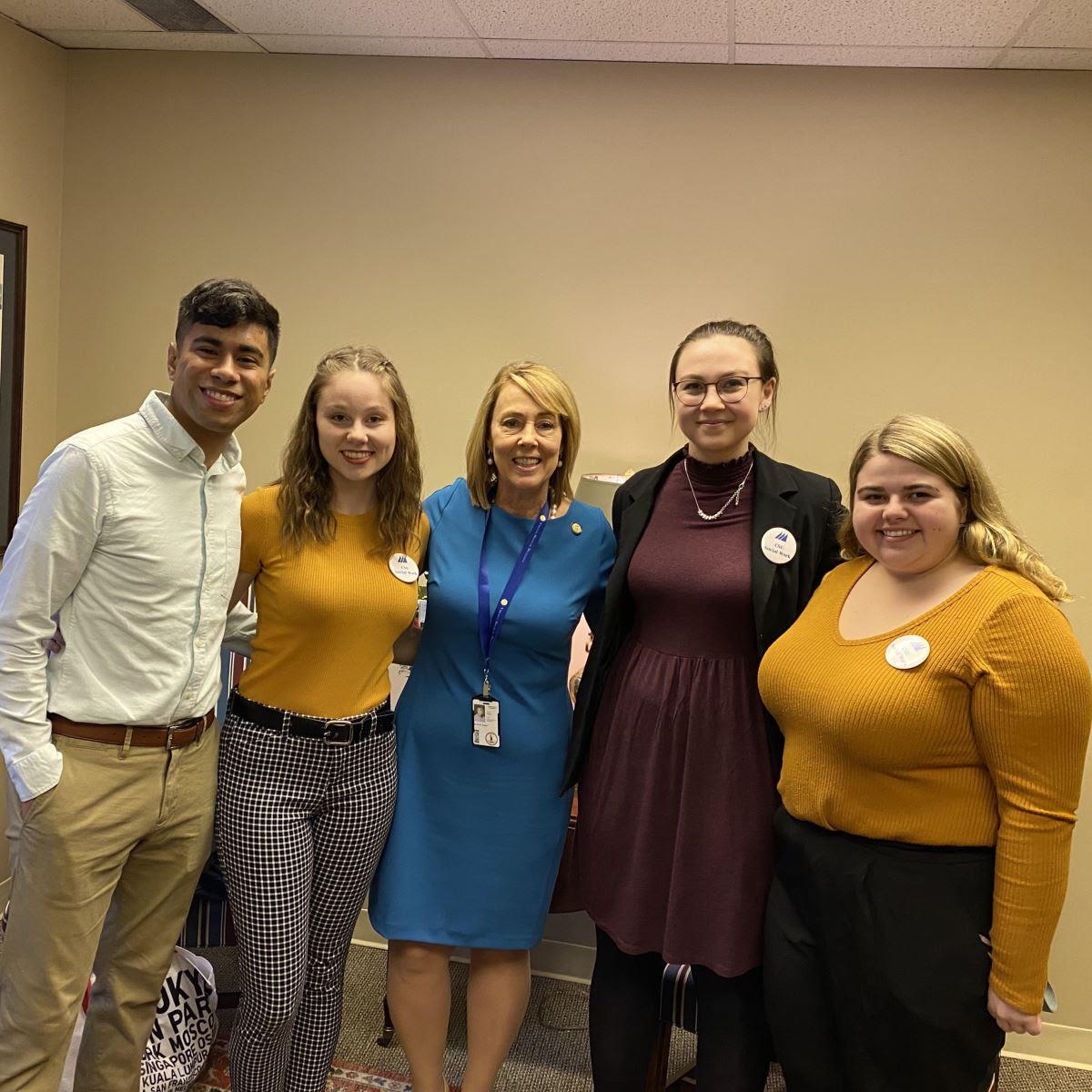 I had the pleasure of sitting down with graduate and undergraduate students from Christopher Newport University studying to be Social Workers. We discussed the important work social workers do along with the barriers many social workers face in Virginia and how the General Assembly can play an important part in overcoming these obstacles.